In Europe, integration policy has traditionally been and still is the preserve of nation-states, and national measures also play a key role in eliminating the factors that impede foreigners from participating in the labour market. Three most common obstacles are difficulties with assessing professional qualifications and skills, discrimination in the recruitment process and insufficient language skills of foreigners.

Given that many regions in Europe are suffering from labour shortages, much emphasis is being placed on the recognition of skills and qualifications to facilitate the entry of foreign nationals to the labour market. For instance, Germany uses the MySkills system to test the skills of foreign nationals in eight trades (incl. construction work, metal work and cooking); the test is available in six languages (German, English, Arabic, Persian, Turkish and Russian). IQ Network offers foreign nationals counselling on qualifications recognition and, should they be merely a few modules short of the requirements, directs them to relevant training.

Click on the image to see a video clip about the MySkills project.

The fast and effective integration of foreign workers is not only in the interest of national governments, but also municipal authorities. Thus, in the framework of the EUROCITIES-led project Cities-Grow, several cities (incl. Munich and Athens) are sharing experiences and learning from each other to facilitate the access of foreigners into local labour markets more quickly. 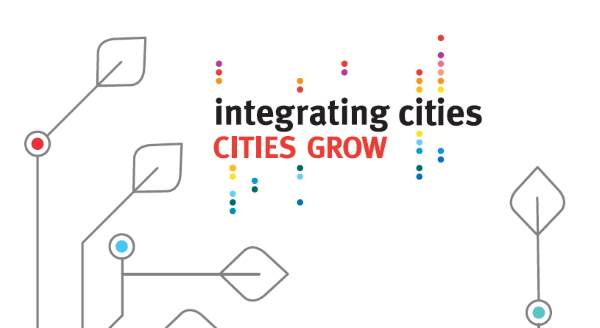 Click on the image to see a video clip about the cooperation between Athens and Munich.

Several private-sector measures are also emerging forcefully. While the public sector generally focuses on the skills that the foreigner needs to find a job, the private sector is mainly supporting onboarding and management of intercultural relations in the organisation. Thus, private-sector measures likewise play a key role in integrating foreigners. Large international companies have been working on these issues already for decades, but now, smaller companies (especially in the field of ICT) are also starting to pay attention. In the framework of corporate social responsibility policies, many companies have initiated projects that aim to involve foreigners. For instance, the electric utility company ENGIE in Belgium supports migrant women in obtaining professional certificates in the field of ICT.

To find out more about these and other activities, read the 2019 study by the European Migration Network “Labour Market Integration of Third-Country Nationals in EU Member States”. The study focuses on the labour integration of first-generation immigrants in 25 EU Member States and aims to map the best practices in the field. Labour market integration of foreigners is also the focus of this year’s EMN conference Global Workplace is Here!, which takes place in Tallinn on 3 October.